FUD is an abbreviation of Fear, Uncertainty and Doubt and if anyone should BE in doubt, The FUD season is over us. We are going to be looking closer at this “concept” over two articles, in this one looking into, what we can call the origin for said “practice” and not least the incentives for volunteering to be the bearer of bad news, where none is to be found.

SHORTING and the inherent immorality

Let’s start out by acknowledging, that the art of shorting, is NOT despicable in itself.

In order to predict a stock price, one has to find information about a given company, the financial state, its sales, research and development pipeline and so many other parameters. One can also go with the flow and play red or black depending on the current sentiment. Understanding this, there can be as good reasons for shorting a stock, as being long.

The problem of course is, that people shorting a stock, are generally not adhering to or swayed by facts or information, as longs are. Different rules apply and as such, it is much easier to succeed with shorting, if one opts for a little bit of immorality.

Some would call that to be prejudiced. I would call it sheer reason, becuase of that deadly sin and character definition, we have come to know as greed.

Incentives for being a bull or a bear 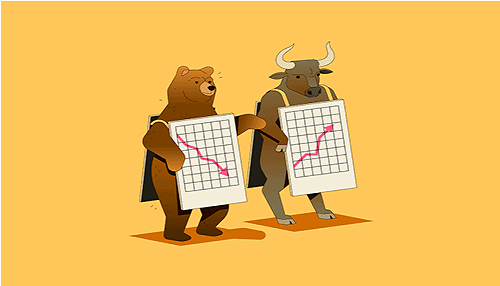 It is very difficult being a long, trying to lie and sow disinformation about the prospects for a given stocks future. Being a long, you use evidence and information to argue for a positive development. You invest because you basically believe, that said stock has a positive future. You dig up intelligence through articles and interviews, SEC filings, seminars, summits, conferences, talks, rumours and much more, that brings information to the table from which one can start deducing through logic and reason. What is known as due diligence, or just DD.

Being a short, in an ideal world, the same would have pertained, but doesn’t. Being a short, you can make a shortcut and insinuate whatever you want, from the intelligence you DIDN’T get in articles and interviews, SEC filings, seminars, summits, conferences, talks, rumours.

By not knowing, you can easily instead question, accuse - and not least INSINUATE - instead of that tiresome quest in building up documentation, that supports a viewpoint with sheer evidence and facts.

To insinuate scenarios on basis of “what if”, without taking into consideration the logic that refute them, is comparable to “the dark side of the force”, because literaly, anything goes and it is easy. It’s a game of feelings, rather than reason. It’s a game of creating fear, uncertainty and doubt at the expense of retailers and that is so much easier, than to actually “build a case” for the opposite.

Because retailers - whether we want to admit it or not - are MOSTLY not knowledgeable about what they “hold”.

As is the case with NWBO.

How to "know what you hold" 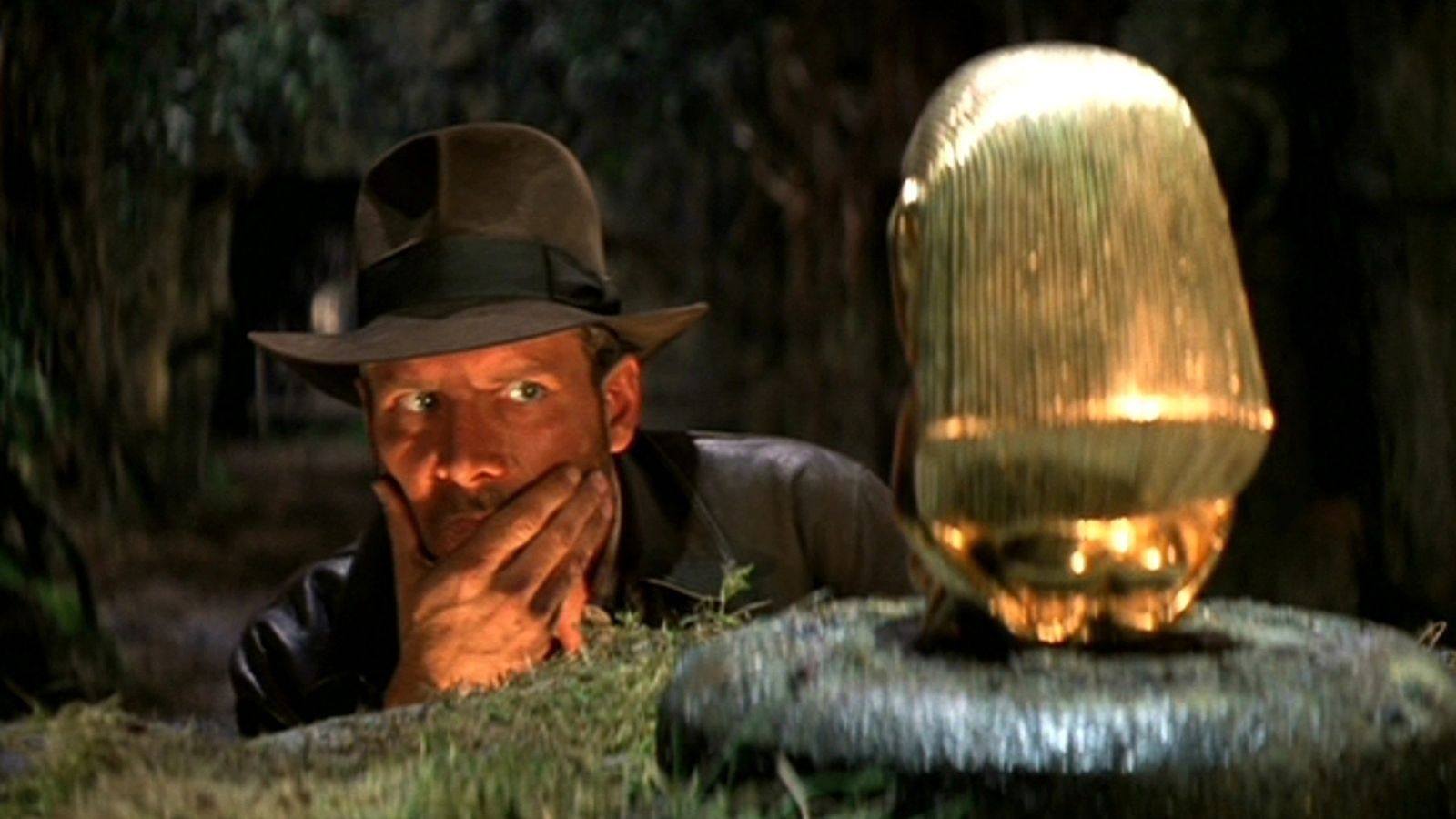 What are the options for informing yourself about the “quality of a stock”? You can either “do it yourself” and try to acquire information through regular sources and medias, but being invested in a bio tech like NWBO, you need to get up to speed on FDA rules and regulations of trial designs, endpoints, data lock, blinded, unblinded, approval, top line data (TLD).

When a company opts for a journal to support TLD, you will need to get acquainted with what a journal means. A year ago, few knew about the implications of NWBO choosing to “go for a journal” at data lock time. That the time spent for getting from unblinded positive results in clinical trials for bio techs to a peer reviewed journal, statistically has a median time around 300 days.

The shortcut - Social Medias and messageboards

To seek all this knowledge, there is a loop hole and that is called social medias. Social medias come in many forms and shapes. You will probably think Facebook and Twitter, but where the real “due diligence” is done, is on stock messageboards. Here you will be able to find foras for each and every stock you can think of, where everything you can think of, in terms of information regarding a stock, is being discussed, debated and argued over. The best messageboards will save you immense time from building up your knowledge and getting to know about facts, quality of rumours and predictions, that will help you become more enlightened and more certain about the trade decisions you make.

But, with that also comes FUD, that not all people on these messageboards, are interested in an ever increasing collective accumulated awareness, that leads to enlightenment. Because as we know, “shorters” or “bears” have an interest - being “bearish”, that information supports that the stock price goes down. If you are “a long”, “a bull” and information does not support your “bullish” sentiment, then you’d probably not buy, but sell any shares you have and find other stocks to trade.

A bear has a wider repertoire though, at his/hers disposal, in terms of getting a stock price to fall and that is to continously question, accuse and claim a negative perspective of circumstances, announcements and informations, that are not 100% supported by unrefutable documentation. Even the slightest opportunity for rebuttal of evidence can be done easily, without having to present anything in support hereof.

It is a terrible succesful form of manipulation of stock prices and in the case of NWBO, one almost have to admire the sheer level of manipulation that has been built up through the years, to try create fear, uncertainty and doubt, that causes retailers to dump their shares and thus drives the stock price down.

Manipulation on messageboard can be considered to be manipulation at the lowest level of “the hierarchy”, where investors communicate with investors. But it is actually a “trickle-down-FUD”, where this manipulation actually has ties upwards in the system, to article writers at financial medias, that often do “hit pieces”, that relates to the exact same kind of bear tactics as I’ve described. To question, accuse and claim whatever and whenever possible, if information is not 100% bulletproof and unrefutable. Retailers knows the history of NWBO and of dozens upon dozens of hit pieces being instigated by people claiming to be “journalists”. Often their hit pieces are correlated with, what we know of as “ambulance chasing”. That in the wake of these articles, law firms starts to promote insinuations of “criminal behavior” as adds on different financial medias, with a wording like “Investigating Northwest Biotherapeutics, Inc. for Potential Breaches of Fiduciary Duty By Its Board of Directors”.

This is known to be a very effective “sentiment breaker”, creating FUD and discouraging people from invest and probably get some investors to sell, even though, that these adds most often just tries to find investors, that are interested in earning an unhonest buck instigating a fraudulent lawsuit. Adds that usually disappears after a couple of months, where nothing actually happens, but the adds nevertheless, having had a terrible outcome for the company in terms of a falling SP.

In this “trickle down economy”, we have the Market Makers at the top of the pyramid. A market maker is an individual participant or member firm of an exchange, that buys and sells securities for its own account. They are identified by four letters and there are many.

They are also known as hedges and the largest of these is CDEL, Citadel. Others being heavily involved in the buying and selling of NWBO, are JANE, NITE and INTL. NWBO had been traded down from $2.51 in the wake of data lock October 2020, to now around $0.70. It is a quiet period, but as the timeline of events have documented, there have actually been nothing but good news since data lock and yet, the “trickle-down-economy” of FUD, the community effort of immoral, has been able to hurt the share price nevertheless.

A lot of factors works in the favor of that.

You can read more about Market Makers and naked shorting in our article “How To Counter the Threats”.

It is a fine tuned oiled and well working machine and NWBO has been a target for over a decade, because they now have a succesfull treatment to glioblastoma - and for perhaps 30% of patients - a cure. THAT WILL disrupt big pharma, when DCVax-L becomes standard of care (SOC), which again makes the whole “trickle-down-economy” of FUD involved, a good investment.

In article two, we will be looking into details about the sort of FUD, that is being brought forward on these messageboards and how, even though many of these insinuations have been refuted again and again, keeps getting used by bears, because it is easy, it is effective, it is profitable and last but not least.

It is immoral, fueled by greed.