Our busy bee Linda Liau made two presentations yesterday. The first was a Grand Round session named "Therapy-induced resistance in glioblastoma. In it she spoke about the history of developing immunology treatments against cancer tumors.

You can watch the full video here, which is the first 41 minutes. 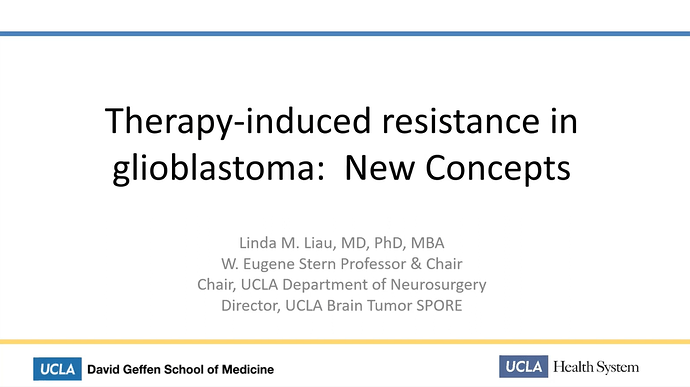 She talked about SPORE, the UCLA Brain Tumor Specialized Program of Research Excellence. 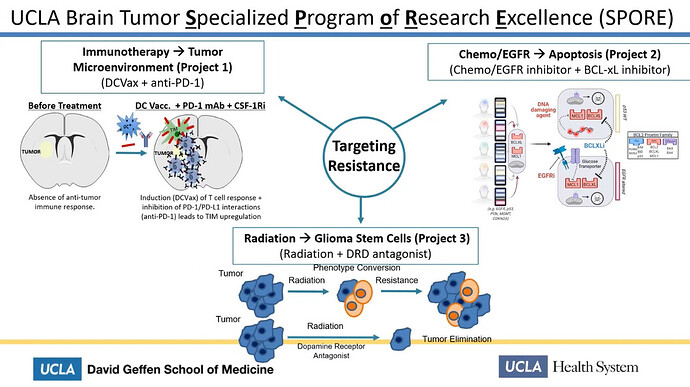 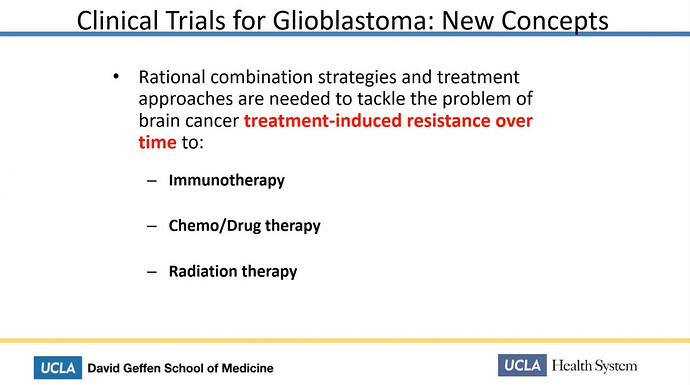 She talked about the disheartening situation that the clinical trials for developing treatments against glioblastoma just keeps on failing. She mentioned Bristol-Meyers Squibb (BMY) and their Opdivo having now failed three times. 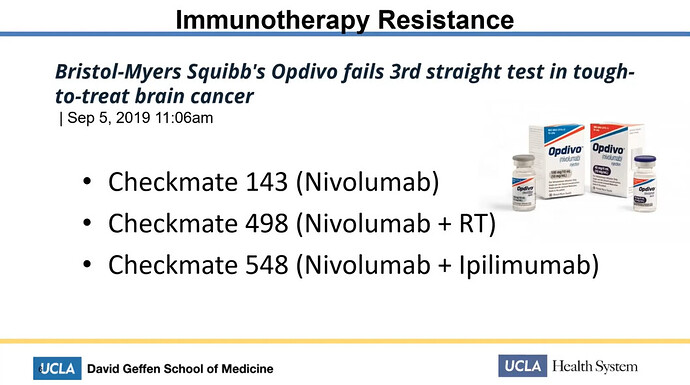 Not only BMY has endured failure with their Opdivo. So did Roche a few days ago, with their similar immunotherapy Tecentriq. It is also comparable to Mercks Keytruda, which DCVax-L currently runs combo trial with, under the generic labels ATL-DC (DCVax-L) and Pembrolizumab (Keytruda).

Gilead, who bought Immunomedics for $21B to acquire their Trodelvy medicine against breast cancer, started a clinical combo trial January 10th 2022 with Mercks Keytruda, to research efficacy against Metastatic Non-Small Cell Lung Cancer.

whether the benefit is “clinically meaningful,” which investors are keeping a closer eye on, Gilead came short of offering a straightforward answer.

“There is a broad range of views on what is ‘clinically meaningful’ in this population,” Gilead said in a securities filing. “We are evaluating the data and will explore potential pathways with regulatory authorities to bring Trodelvy to this group of patients.”

Thus there’s a reason why Linda Liau is speaking about the many failed trials. It seems it’s very hard to actually find efficacy in combo trials with big pharmas PD1-inhibitors and adjuvants.

But then again, we all know, there’s another product that works.

Linda Liau talked about a clinical combo trial, which currently is in a P2, with dendritic vaccine and Keytruda. 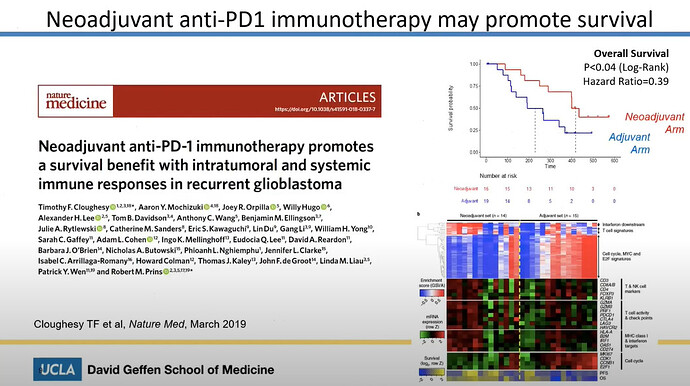 The article for this is here and clearly talks about Keytruda.

Her next slide was very informative. Here it is clear, that she talks about the generic ATL-DC vaccine together with Pembrolizumab, which is the Keytruda generic name. We already know, that ATL-DC is DCVax-L, so just to reassure non believes. Linda Liau IS talking about DCvax-L combo with Keytruda. 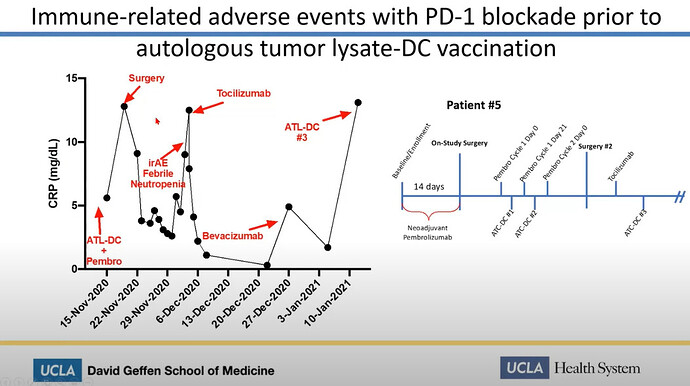 On ClinicalTrials.gov you can find information about the trial here.

Not only that. As a small breadcrumb, that page was updated yesterday, same day as Linda Liau held her session and the recruiting status is STILL “recruiting”.

You don’t get to run combo trials by the way, involving a treatment that has failed.

If one is still not convinced, then we have a full recap of documentation here proving this.

Later on Linda Liau talks further about the progress of the combo trial and again we can see DCvax-L and Keytruda are the essense of this. 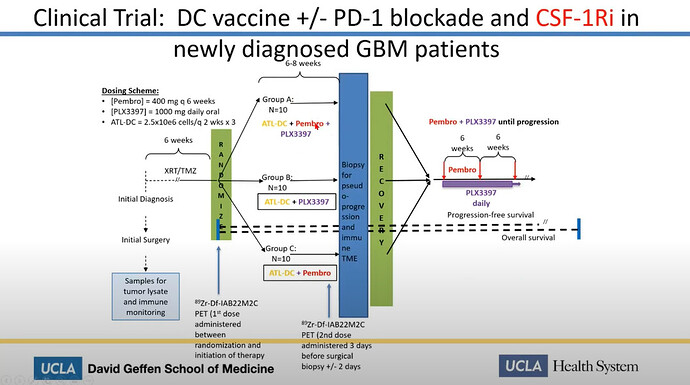 After the session there is a QA in which we get this conversation at 36:22.

“What have we learned, or have we learned anything from those very rare very long terms survivors of gbm, you know those patients who happened to live 15 and 20 years. What is their profile and how are they different from the people who are dying a year and a half or two?”

“That’s actually another project, we’re working on getting collaboration with Mark Gilbert and NCI. We’re actually trying to collect all these people, because even in our immunotherapy trials, I think we have about 50 of them now, that are over 5 years going on 10 years. And you’re right, why did they live so long. I think it depends what they got for treatment too, so that’s what makes it complicated, so we’re going to focus on primarily our immunotherapy cohort and see for those that are living for a long time, what they have in common. A few things tend to be the tumors are of a mesenchymal subgroup and they’re mgmt methylated. Which is interesting because mgmt methylation actually is correlated with a better response to chemotherapy. So a lot of these immunotherapy trials, people are actually enrolling mgmt unmethylated into these trials, which I actually think is the wrong thing to do, because the methylated patients are actually more responsive to immunotherapy. So you could acutally go from a two year survival using temozolomide to potentially 5-10 year survival if you add immunotherapy.to that. But we were actually thinking these patients are responsive to chemotherapy, so we’re going to put this other group of patients on the trial, and those may actually not be the most responsive group.”